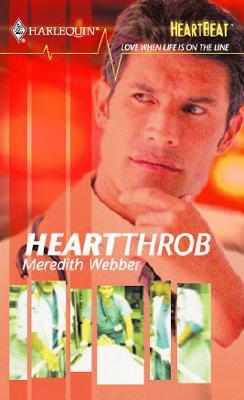 Dr. Peter Jackson was "Hospital Heartthrob of the Month." But Peter was quick to tell his new colleague, Dr. Anna Crane, that the posters plastered all over the hospital were just for fund-raising -- he'd taken vows against matrimony. And Anna had been married twice already! Peter was worried her mind might be on another marriage, and not on medicine.

Then when Anna's teenage stepkids enlisted Peter to help find husband number three, Peter agreed to play matchmaker. But to his surprise, he was jealous of Anna's dates. He didn't like the idea of Anna with another man...not when, in his heart, he wanted her for himself.
Reviews from Goodreads.com