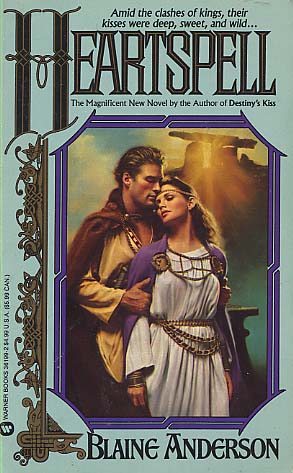 Amid the green hills of ancient Ireland, beautiful black-haired Grania chose to follow the old ways and live as a healer and spell-giver. Then came the prophecy that turned her deathly pale. A warrior of the very king who had decreed her people outcasts in their own land would fired her ... and become her lover and her country's fate.

Niall, handsome and golden-haired, rode recklessly into the mists and came face-to-face with the most bewitching girl he had ever seen. He brought a king's gold to buy finely crafted war-swords, only to find that the payment demanded was his marriage ... to Grania. Now with love's own spell, a maiden must win a captive lover's heart, ride with him to an ecstasy, no king could thwart, and claim the future that destiny had foretold.