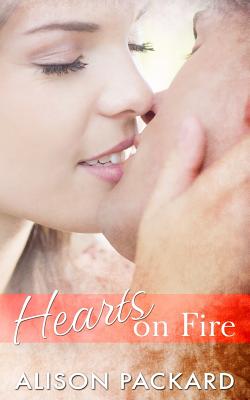 
Country music star Jessie Grant has it all. An amazing voice, a string of multi-platinum albums, and a sold-out concert tour. But just before her Hearts on Fire tour rolls into Las Vegas, her lead guitarist is badly injured and is unable to play. Desperate to find a replacement before the night of a televised live show, Jessie is forced to accept help from the last person on earth she wants to see again.Drew Carmichael has earned a well-deserved reputation as one of the best up-and-coming musicians in Nashville, without cashing in on his renowned father’s name. When Jessie’s manager calls and asks him to fill in for her band’s injured guitar player, he agrees to help Jessie out even though she cut him out of her life four months ago.In Sin City, sparks fly between Jessie and Drew, and it isn't long before they give in to their mutual attraction. But when the dark past Jessie has successfully hidden for ten years explodes in the media, their tenuous bond is put to the test, and both Jessie and Drew must learn to trust each other if they don’t want their newfound romantic relationship to go up in flames.47,000 words