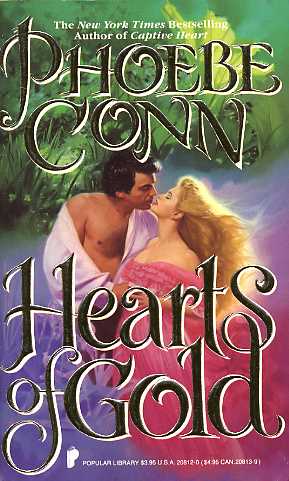 Her corn-silk hairs bound by a rawhide strip, Lyse Selby galloped toward the desert as if the hounds of hell were chasing her. The circling buzzards told her someone lay wounded out on the sand, hut she never expected to find a tall, hard-muscled Texan named Buck Warren. Shot by the scoundrel he'd been hunting, Buck promised to help Lyse escape her drunkard father and the harsh life of the backcountry--if she helped him get back on his feet. At Last Lyse had the chance to strike out for California and search for gold! But traveling with this handsome stranger was more than she bargained for. As his hot, exciting kisses brought her to the peak of desire, she found herself yearning for both her independence and his love. Yet soon she would be riding with him down a dangerous trail of vengeance, risking her dreams and her life for their burning Hearts of Gold
Reviews from Goodreads.com