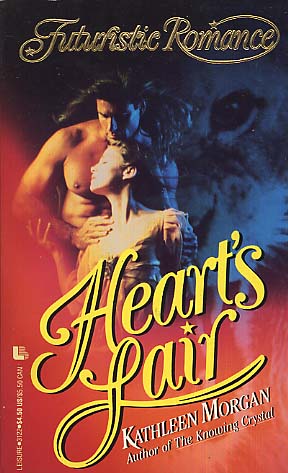 THE PREDATOR
He was the finest male specimen she'd ever seen-tawny, powerful, perfectly formed. Yet Liane's job was not to admire his nude body, but to penetrate the secrets of his mind. As she prepared herself for the mind seek that would reveal the lair where his rebellious followers were hidden, Liane never imagined that she would soon be as much a helpless captive as the Cat Man before her.

THE PREY
From the moment he saw her, Karic knew Liane would be his. Making goof his escape from the dreaded fortress of Primasedes, he kidnapped his beautiful interrogator and forced her to accompany him to his mountain stronghold. Already during the mind seek, he had given her a taste of the wild desire she would know in his arms. Now it was just a matter of making the image an even more fulfilling reality.
Reviews from Goodreads.com