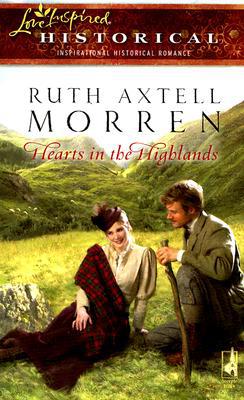 Maddie Norton had long since resigned herself to her spinster's lot. Her life was devoted to her simple yet enduring faith, to good works and to the elderly lady whose companion she was. She believed herself content. But that was before her mistress's handsome nephew returned to London, after many years spent abroad as an archaeologist.

The shadows in Reid Gallagher's memory-haunted eyes touched Maddie's heart. When he asked her to travel with his family, to help with his work, she could scarcely refuse. And as she came to know this man better, amid the breathtaking beauty of the Scottish Highlands, she began to wonder if two solitary souls might yet find new life--and love--as one.
Reviews from Goodreads.com

First of all, to be honest, I didn't expect I would enjoy this book nearly as much as I did. I found myself very interested in what happens to these two! First Maddie is a sweet, simple soul who has a heart for helping people. Missions was her passion, but she felt she couldn't serve overseas because her parents came back when she got ill. Maddie just wants to do the right thing, and she doesn't plan to fall in love with an English hero!

Reid is still mourning the death of his wife. When he begins having feelings for Maddie, he does everything to do to keep those feelings from growing. His aunt begins to worry that poor Maddie is after Reid for his money - and she must put a stop to it. Reid's sister agrees completely!

This book was just so good! I especially loved the last several chapters when stuff started heating up!