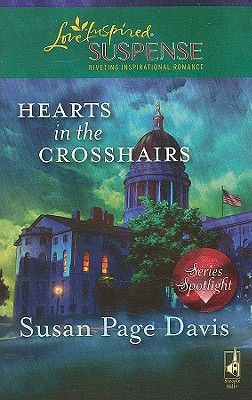 She came for her inaugural address -- and found herself dodging bullets, instead. Newly elected Maine governor Jillian Goff doesn't know why someone wants to kill her. But she knows they came close. Too close. Enter Dave Hutchins. A member of the state's Executive Protection Unit, Dave's mission is to protect the governor and find the would-be assassin. Without getting emotionally involved. Yet the more time Dave spends with Jillian, the less he can imagine ever leaving her side. Not with her life -- and his heart -- caught in the crosshairs.
Reviews from Goodreads.com

What an excellent book! I give kudos to the author for even touching a topic that would be so difficult to write about - the life of a governor and keeping her safe while ethically forming a romance. I'll admit that though this book was "next in line" to be read for several weeks, I kept skipping over it because I just didn't think I would enjoy it. But last night I decided to bite the bullet and give it a chance - and boy, was I surprised!

The suspense starts out with someone taking a shot of governor Jillian, a widow who is in politics mostly because her husband, a senator I believe, died. Handsome service cop, Dave, is assigned to the investigation. But the suspense builds up throughout the book.

But the suspense, I believe, is second to the romance. The romance was done very discreetly and morally. Because Dave is in a job to protect the governor, he is not allowed to get friendly with her in any manner. Yet he's a man and he's human and there are a couple instances where they get a bit friendly. Someone turns him in and claims they are sleeping together (at least that's my set on it, except I guess they'd have to be doing it in the privacy in her office), and he is almost fired. This causes some romantic tension in the book that makes it even better.

I can't give away a lot of details, but I thought the author did very, very well with the tension and romance in this book. I couldn't hardly put it down, wondering how it was all going to come together in the end - excellent! 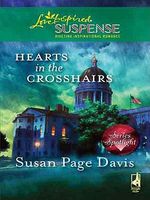