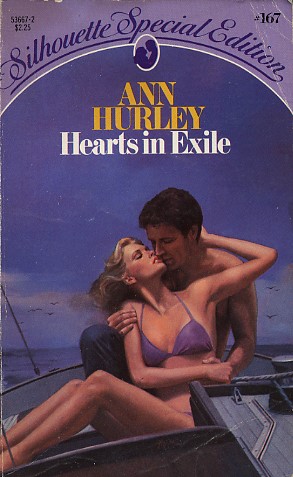 Cally and Jesse had shared many a madcap adventure while growing up on the Texas coast. Their fate together was sealed--or so everyone thought--until that rainy day when Jesse decided to end a battle with his parents by leaving town. At nineteen, Cally swore she'd never forgive him for leaving her behind.

Years later, on a different shore, thousands of miles from home, Jesse walked into her life again. The barriers of time and distance vanished after a moment in his arms.... But how long could a love last when one heart was in exile, too proud to look homeward?
Reviews from Goodreads.com