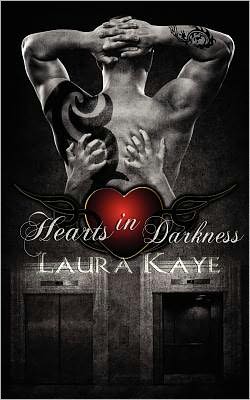 Makenna James thinks her day can't get any worse, until she finds herself stuck in a pitch-black elevator with a complete stranger. Distracted by a phone call and juggling too much stuff, the pin-striped accountant caught only a glimpse of a dragon tattoo on his hand before the lights went out.

Caden Grayson is amused when a redhead literally falls at his feet. His amusement turns to panic when the power fails. Despite his piercings, tats, and vicious scar, he's terrified of the dark and confined spaces. Now, he's trapped in his own worst nightmare.

To fight fear, they must both reach out and open up. With no preconceived notions based on looks to hold them back, they discover just how much they have in common. In the warming darkness, attraction grows and sparks fly, but will they feel the same when the lights come back on?
Reviews from Goodreads.com