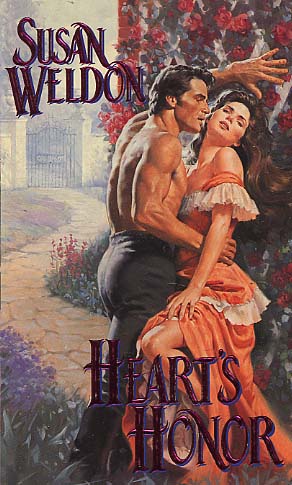 Brendan Hammond had enjoyed his reputation as a rakehell until the scandal of a duel drove him from his beloved London. Now in America, he is determined to live down his past, mend his ways and make a suitable marriage. Little does he suspect that his younger brother Derek has been following his rakish ways and using his name.

Only when Sarah Stevens arrives to inform the charmer who had stolen her heart that he is about to become a father, does Sarah learn of the ruse. Yet, face to face with Derek's handsome, haughty brother, she is stunned by his hasty proposal. With Derek nowhere to be found, Brendan will marry the emerald-eyed beauty to avert a scandal...beginning a tempestuous alliance that is fated to smolder in the heat of irresistible passion, and surrender to the rapture of undeniable love.
Reviews from Goodreads.com