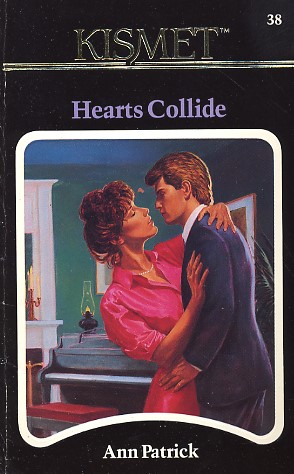 OUT OF HER LEAGUE

From the moment she heard his bumper clunk against her truck, Paula knew she was in trouble. To make matters worse, the careless driver was a lawyer--a movie-star handsome lawyer with thick blond hair and sea-green eyes. Matthew J. Norman, III, had the credentials to drag her into court, and the charisma to win over any jury. Much to Paula's relief, he took full responsibility for the accident. But his attitude infuriated her. What would it take to make the man crack a smile?

Raised among high society, Matt Norman had learned to restrain his emotions. He also had very definite ideas about a woman's place in the world--ideas that Paula Romano clearly violated. From her baggy overalls to her wild, curly hair, she was not the type of woman Matt chose as a companion. And yet, once he'd run into her, he couldn't dispel the image of her dark, laughing eyes and her flashing dimples.

Although men like Matt Norman were out of her league, Paula couldn't resist the challenge. Whatever the cost, she was determined to humanize the stuffiest man on earth. But when his gruff orders turned to kisses, Paula learned a lesson of her own. Beneath Matt's snobbish exterior was a passionate man with a heart of gold--a man she found irresistible!
Reviews from Goodreads.com