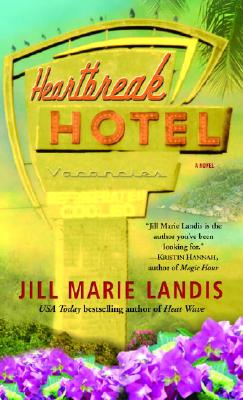 A supportive wife and mother, Tracy Potter always played by the rules and maintained a perfect home. But after her husband's sudden death, she learns the devastating truth: all she believed in -- from their wealth to their marriage vows- -- was a perfect lie. Forced to start over, Tracy puts everything into resurrecting the Heartbreak Hotel, a long-abandoned turn-of-the-century inn overlooking the Pacific Ocean. She's determined to never again believe in anyone but herself -- until the night mysterious loner Wade MacAllister checks in. Intrigued by the secret disillusionment in his eyes -- one that mirrors her own -- Tracy finds that a growing desire challenges her at every turn.

The Heartbreak Hotel is a perfect place for Wade to hide not only from his notoriety as an author, but the shocking events in his past. Drawn to Tracy and her struggle to succeed, he is quickly compelled to risk the anonymity on which his survival depends. By the time Tracy discovers the handsome stranger's true identity, there's more than ever at stake. She is not only forced to risk another broken heart and learn to trust again, but she must fight to make Wade believe in their love.

Along California's sparkling blue coastline and amid its mist-shrouded nights, Heartbreak Hotel unfolds a suspenseful and yet tender story of second chances against all odds, of families lost and regained . . . and of the ways unexpected love can make even the most disillusioned hearts believe.
Reviews from Goodreads.com 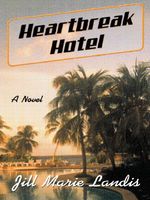