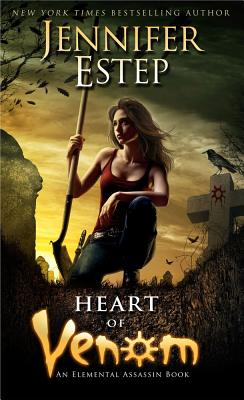 When I say you're a dead man, take that literally.

To me, killing people is like a day at the salon: cut and dry. Well, more like rinse and repeat when you moonlight as the assassin the Spider. But my last spa day ended redder than my freshly painted nails after a twisted Fire elemental and his goons kidnapped my close friend Sophia Deveraux and nearly killed her sister Jo-Jo in the process.

Up Ashland's most dangerous mountains, and deep into the heart of its blackest woods -- I'll track these thugs no matter where they take Sophia. It doesn't matter what kinds of elemental magic they try to throw at me, my Ice and Stone powers can take the heat and then some. I will get Sophia back, over their dead bodies.

Because anybody that hurts Gin Blanco's family becomes a body.
Reviews from Goodreads.com