Heart of the Wolf — Regan Forest 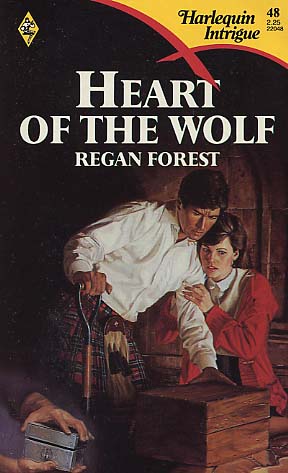 Leigh Galandale and her brother had come from America to the mist-shrouded Scottish village of Invergles for a gathering of the Clan MacDenin, to which they belonged.

Staying at the same guesthouse as Leigh was Cheyne MacDenin, an enigmatic Highlander who both puzzled and attracted her. Leigh ignored Neil's suspicions about Cheyne--and discovered that the stolen relic was but one link in a chain of increasingly strange events .. . .
Reviews from Goodreads.com