Heart of the Wilderness — Janette Oke 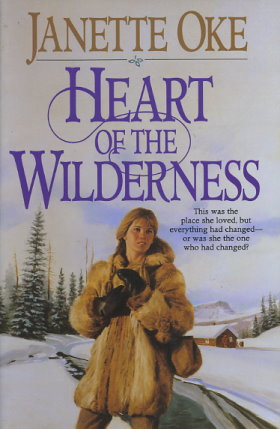 George McMannus traveled night and day from his wilderness cabin when the tragic news arrived that his daughter and son-in-law had died in a river accident. His only granddaughter, Kendra Marty, not yet four years old, had been left behind. McMannus was her only family, but what could a trapper, living alone in the backwoods, do to care for Kendra?

She was such a tiny thing--so small to have lost so much. He should have known from the first time he looked into those large green eyes that the two of them belonged together. The one small child, firmly clutching a worn rag doll, was his, and he was hers.

Papa Mac, as Kendra came to call him, knew her place was with him. But what kind of home, what kind of training, could he provide in a wilderness of mountains and trees and rivers that no one had even named? Although he did not have answers, he felt he must at least try.

Will Kendra ever be ready to face the scary and confusing world far fro the wilderness she loves?
Reviews from Goodreads.com