Heart of the Lion — Roberta Leigh 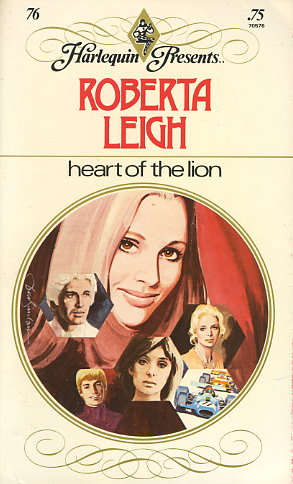 Philippa had an absorbing job on the "heart page" of a big newspaper. Then she advised a young girl to elope with her boyfriend. Unfortunately, the girl turned out to be the niece of Philippa's boss, the formidable newspaper tycoon, Marius Lyon, who soon gave Philippa the sack.

But even after she was fired, she continued to meet and cross swords with him, and, inevitably, it ended with her falling in love. But it was a hopeless love, for even had Marius looked at her as a prospective wife, the glamorous Celia had every reason--and all the means--to prevent such a marriage.
Reviews from Goodreads.com