Heart of the Hawk — Elizabeth Mayne 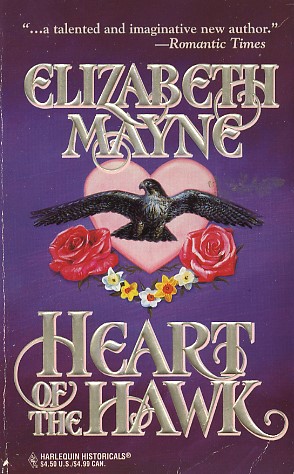 Torn from her life of privilege and held in a ravaged Saxon keep, Thea Bellamy soon realized her true nature. And found love in the arms of her captor, Roderick, a man her reason cried out she should hate, but her heart could never deny!

Hawk, they called him, for Roderick, Duke of Emory, soared in battle. And though the warrior had fallen to his enemy, he was determined that his people would survive. Even if the price paid be Thea, the woman who had become part of his very soul.
Reviews from Goodreads.com