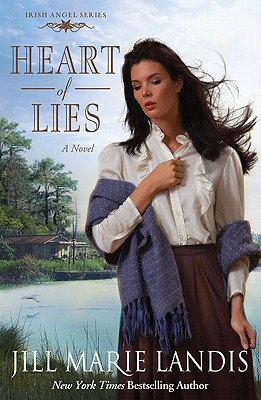 Raised in a tribe of street urchins, Maddie Grande was taught to be a thief and beggar on the streets of New Orleans. But Maddie doesn't know her real name or where she came from.

Raised by Dexter Grande, Maddie and her twin 'brothers' have recently left New Orleans and moved to the bayou. The twins are rarely there, but Maddie has come to love the swamp. She has learned to fish and trap and sell pelts at the local mercantile.

Maddie longs to change her life but knows that her brothers will never give up their lawless ways. When they kidnap the daughter of a wealthy carpetbagger, the twins force Maddie to hide the precocious eight-year-old while they return to New Orleans to wait for notice of a reward.

Pinkerton agent Tom Abbott is assigned to the kidnapping case in which Maddie has become an accomplice. In a journey that takes them to Baton Rouge, a mutual attraction becomes evident, but Tom and Maddie cannot trust each other.

Will Maddie and Tom listen to their hearts or will they choose honor over love? Will Maddie ever discover who she is? Will her real family ever find her?
Reviews from Goodreads.com