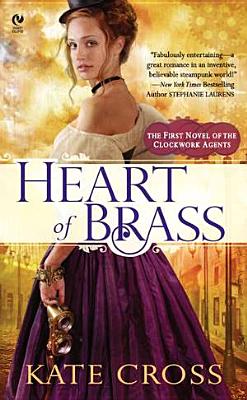 Arden is an undercover agent for one of the most powerful organizations of this steam powered world -- the Wardens of the Realm -- a group with extraordinary abilities, dedicated to protecting England against evil.

Arden Grey enjoys a life most women in 1898 London can't even dream of: She has the social status, wealth, and independence of a countess. She also has the ability to witness the final moments of a murder victim's life. But ever since the disappearance of her husband, Lucas, none of this means anything to her. Until one night, when Arden spies a man watching her -- a man she recognizes as her missing husband.

He's been ordered to assassinate Arden as retribution for her part in the killing of a Company agent. Luke remembers nothing of his life before the Company, a corrupt agency that has erased his memory. Even so, he can't seem to complete his assignment. There is something familiar about his lovely target, something that attracts him, and fills him with dread. For he knows that if he doesn't kill her, someone else will -- and kill him as well.
Reviews from Goodreads.com