Heart of a Hero — Marie Ferrarella 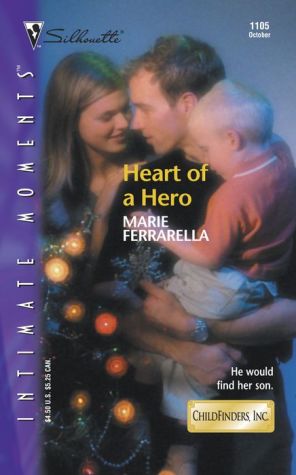 HER BABY HAD BEEN KIDNAPPED

Former Las Vegas showgirl Dakota Armstrong was desperate when her son was stolen from her. He'd been taken by one of the most dangerous men in Nevada, and she had little hope of recovering him by herself. When handsome and charming Russell Andreini of ChildFinders, Inc., promised to find the boy, Dakota insisted on helping him. But while they fought to save her son, she found herself fighting a different battle -- against a powerful attraction she was not ready for.

Russell was determined to show Dakota that he could protect her son -- and her. And to convince her that she needn't fear the passion that sizzled between them. He would willingly risk his life; could she find the courage to risk her heart?

CHILDFINDERS, INC.: When a child is missing and a heart needs mending, it's time to call ChildFinders, Inc.
Reviews from Goodreads.com