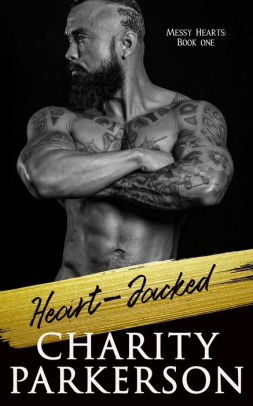 
Two men with nothing in common. An instant connection neither man expects. It’s an obsession born.When his car gets recalled, River dreads a day wasted at the dealership. The sexy and overly helpful mechanic in charge of his car has him feeling a little better about the inconvenience. When his Mr. Fix-it, Nash, offers to do some extra work on River’s car after hours for free, River can’t pass up the deal. He never expects Nash to be kind, funny, and overwhelming. River definitely never expects Nash to steal his heart.Even as Nash hears himself offer to work on River’s car for free, he has no idea what’s gotten into him. River is a tiny thing who looks skittish and entirely too breakable. Nash has never been accused of being any of those things. He’s big, rough around the edges, and terrible at picking up men. No one is more surprised than Nash at how easily and quickly he finds his heart snagged by the guileless River. He’ll do anything to make River his, even if it means upending his own life.When two men from different worlds find themselves on common ground, both will have to find the strength to face their pasts if they hope to be together. Otherwise, they might miss a real shot at love.Heart-jacked is the first book in bestselling author Charity Parkerson’s Messy Hearts series. Messy Hearts is a series about imperfect men with messy lives who find something beautiful with their other halves. Hopefully, you’ll find a couple to love.