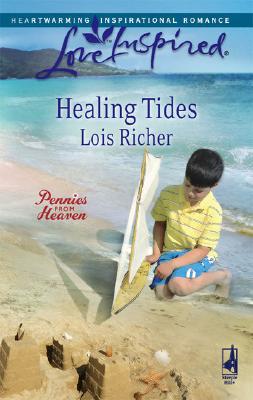 The moment GloryAnn Cranbrook met her new patient at the children's clinic, she broke a rule by getting attached. But at least she felt something, unlike her handsome boss, Dr. Jared Steele. The man who'd once cared enough to open the clinic now refused to perform the technique he'd become famous for. The technique that could save the boy's life.

Why? And could GloryAnn--and the child who needed them both--change his stubborn mind?
Reviews from Goodreads.com

Dr. Jared Steele's heart-wrenching story of losing his family to a vengeful man is heart-wrenching, but it's a story needed to be told because it deals with an issue so many of us face: unforgiveness and hatred. Not only is he set on making sure the man who killed his wife and son pays for the rest of his life, but he's also turned his back on God. The mission clinic he and his wife set up six years before to help children who had been burned is not getting the help it needs. Dr. Steele will never do the surgery again that led to the death of his family - no matter how much a darling little boy needs it!

Enter Dr. Glory Ann Cranbrook, a Pediatrician who is asked to serve six months at the Agape clinic with the angry, vengeful, hard-to-manage doctor in exchange for Agape's founder putting her through medical school after her father's death. Dr. Steele's attitude has chased off many a good doctor, but this time he's met his match!

This book delivers a fine example of just what hatred and vengeful thinking can lead us to. It's only after we face the real truth that we discover the love God really does have for us. There is plenty of drama, plenty of heart-felt moments, and a slowly growing love between two very unlikely candidates! It'll leave you feeling good at the end.