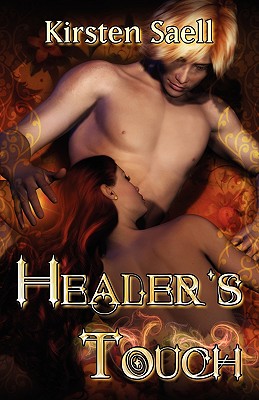 Darjhian healer Aru has been in exile for eight hundred years, barred from the Deathless Land and parted from his wife. Now fallen from grace and no longer immortal, he can never return to her. Yet he cleaves to his marriage vow and holds himself apart from everyoneespecially Viera, the former prostitute whose sexual energy provides the power needed for his healing work. Viera isnt interested in fighting temptation. She wants Aru. He wants her. What could be simpler? After three frustrating months working with him, her need for him has reached the breaking point. He claims he can never touch a woman again, but Viera isnt the type to take no for an answer. Over four glorious nights, she shows Aru everything hes denied himself for eight centuries. But a shadow hangs over their passion. Aru is keeping secrets about the nature of his mortality. And now he faces a terrible choice Break Vieras heart, or risk destroying her with the knowledge of what he truly is.
Reviews from Goodreads.com