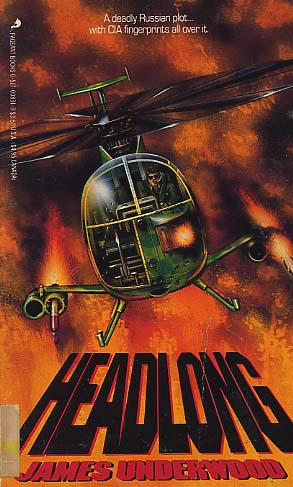 Ex-CIA agent Jack Ericson was the best in the business. Called on to complete the most difficult and most dangerous missions, he's been scarred and tortured for his efforts.

Now the CIA wants him back for one more assignment: HEADLONG, phase two. And it might be his most perilous.

The Russians are conducting some dirty business in Cuba. They intend to unleash deadly chemical weapons on Nicaraguan peasants and blame it on the U.S.A. Only Ericson can stop them.

But the last time Ericson was in Cuba he barely made it out in one piece. He doesn't want to go back ... until he learns his best friend and former partner, presumed dead, is alive and accused of helping the Russians with their devious plan.

Is his friend a traitor? To find out, Ericson must hurtle head long into hostile territory, and this time he may not make it out alive.
Reviews from Goodreads.com