He Huffed and He Puffed — Barbara Paul 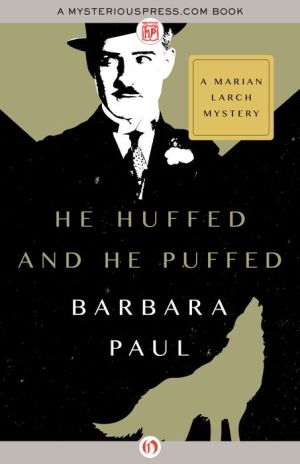 Wealthy financier A.J. Strode was as ruthless as he was dirty, acquiring and discarding both wives and companies with equal aplomb. Now he wants to sink his teeth into a company called the House of Glass. He needs this company - and will stop at nothing to get it.

Three people own the majority of the stock: Joanna Gillespie, a famous violinist; Jack McKinstry, a gold-coast playboy; and Richard Bruce, a powerful shipping magnate. Strode is willing to offer fair-market value for the shares - but if extra persuasion to sell is needed, he's procured some damaging evidence on each of his little pigs. He can prove each one is a murderer.

But A.J. Strode has made the fatal mistake of underestimating his adversaries. He huffed and he puffed - only to discover the three little pigs can play just as dirty...and as deadly