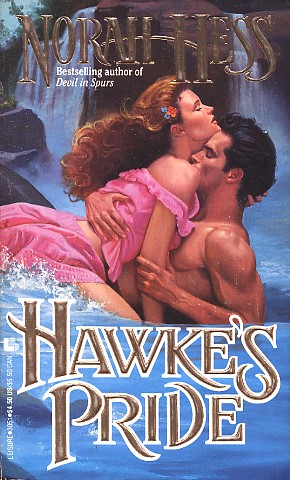 From the moment she laid eyes on him, Rue thought Hawke Masters the most insufferable man she'd ever met. Proud, arrogant, overbearing, he made it insultingly clear that although her grandfather's shotgun had forced him to wed Rue, nothing would make him bed a scrawny little backwoods baggage like her.

But pride goeth before a fall, and Hawke Masters was going to fall hard. Once he got Rue home to his ranch to care for his orphaned niece and nephew, the girl began to blossom. Her tousled red-gold hair made his fingers itch to bury themselves in its silky mass; her velvet-soft skin cried out for the burning touch of his lips; and the ripe promise of her lush young body drove him to distraction. No matter what the cost to his manhood, he had to convince Rue that he was no longer a hopeless boor, but the hopelessly smitten husband who would have her, hold her, and cherish her for the rest of their lives.
Reviews from Goodreads.com