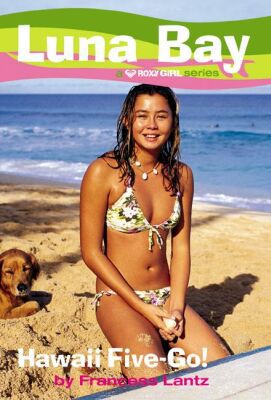 The girls of Luna Bay are chosen as models for a weeklong fashion shoot -- on the exotic beaches of Hawaii! Upon arrival, Kanani decides to explore her Hawaiian lineage -- only to discover a family secret that could change her life forever.

Meanwhile, Cricket is in for a shock all her own when she spots her father out in the surf. Thrilled to catch up with the drifter who left home when she was ten years old, Cricket hopes they'll bond so that he'll stay in her life for good. She soon realizes that he does care for her. But when he learns that the modeling campaign could expose his secret surf haven, he lashes out at his daughter for her involvement. Cricket would do anything not to upset him now that he's back in her life. Can the two set aside their differences, or will she lose him all over again?

It's all about a passion for the sport . . . and life.
Reviews from Goodreads.com