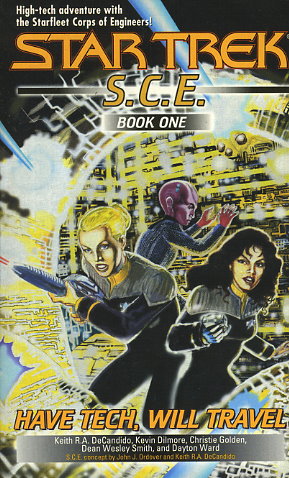 Need a gigantic, marauding starship explored? Is your global computer system starting to break down? Call in the crack team from the Starfleet Corps of Engineers. Overseen by Captain Montgomery Scott from his office at Starfleet Headquarters, the S.C.E. can build, rebuild, program, reprogram, assemble, reassemble, or just figure out everything from alien replicators to doomsday machines. Just don't expect them to perform miracles -- unless they absolutely have to.

Captain David Gold, his first officer Commander Sonya Gomez, and the crew of the U.S.S. da Vinci put their lives on the line to save a colony world threatened by a deadly alien and rescue a ship trappedin the ravages of interphase.

Join Starfleet's miracle workers for a wrenching journey through the new frontier!
Reviews from Goodreads.com