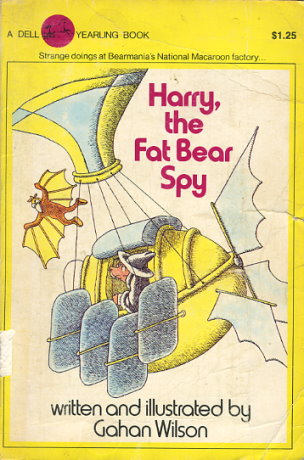 Harry worked as a spy for his native country, Bearmania. When the Spy Master ordered Harry to find out why all the macaroons were coming out green at the National Macaroon Factory in Upper Bearmania, Harry's eyes lit up and his stomach rumbled at the very thought of the assignment.

Though Harry's appetite for macaroons exceeds his appetite for adventure and intrigue, he and his partner, Fred, find plenty of the latter. The two bumbling spies are soon beset by threats, plotting, and strange messages from a mysterious someone called the TERRIBLE GREEN BEAR -- who not only has something to do with the sabotaging of macaroons, but also seems to have a network of agents spying on Harry and Fred!
Reviews from Goodreads.com