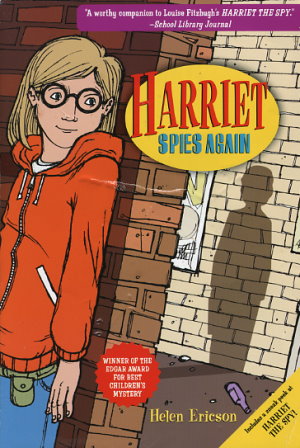 Harriet M. Welsch has just received the best news of her eleventh year -- Ole Golly is coming back! Harriet can still remember how sad she was when her beloved nanny married George Waldenstein and moved away. But the circumstances of Ole Golly's return remain unclear. Where is Mr. Waldenstein?

From Harriet's notebook:
OLE GOLLY IS SAD BECAUSE GEORGE WALDENSTEIN IS DEAD. OLE GOLLY DID NOT KILL GEORGE WALDENSTEIN. IT WAS OBVIOUSLY AN ACCIDENT BUT NO ONE BELIEVES HER. AND NOW SHE IS A FUGITIVE FROM JUSTICE.
SHE IS INNOCENT.

It's a good thing that Harriet the Spy is on the case and ready to help Ole Golly any way she can!
Reviews from Goodreads.com