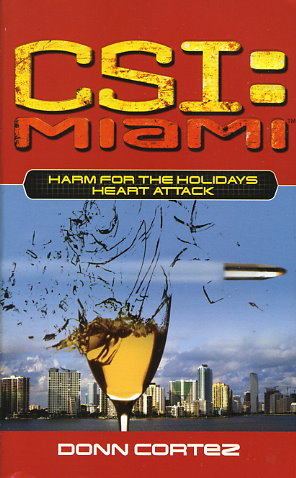 As winter's hold deepens in the dark days of February, Miami's hotels fill to the bursting point. Cruise ships flock to the busiest port in the world as people desperate for warmer climates board these behemoths of the seas. People with too much time and money fill the clubs. In every other jurisdiction, as its citizens are driven indoors, there is a downturn in crime but not in Miami, as the members of the Miami-Dade Crime Lab can attest.

Stretched to the breaking point, Lieutenant Caine is called to what appears to be a failed international terrorist incident: a botched arms-for-Afghani-heroin exchange. The scene is littered with bodies and blood droplets identified as being from one Abdus Sattar Pathan. Once before, Pathan managed to escape being charged in the murder of a Federal agent. This time Caine has him. Except Pathan has an iron-clad alibi: he was miles away, on stage doing his magic act. Horatio is convinced that Pathan and the international terrorist known as the Hare are one and the same. Can Caine prove it before the Hare puts his deadly plan into motion?
Reviews from Goodreads.com