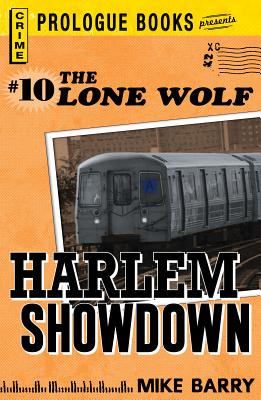 When a wolf leaves the pack, he lives only as long as he can kill by himself quicker and surer than any pack he runs up against. Meet a man beyond either forgiveness or vengeance. Meet the Man they Call The Lone Wolf. Better meet him now. The way he lives, he can't live much longer. Now Calabrese the Kingpin was dead . . . Tamara was dead . . . and the world faced him like a burnt-out fuse. But the war was not over - it could never be over for Wulff. Calabrese's henchmen were after him, the taste of bloody vendetta in their mouths, their guns aimed an poised to shoot. So Wulff fled to his home turf, holed up in a filthy rooming house on the upper West Side of New York, and began the battle against two fronts - the dog soldiers of the Mob set on bringing his head home as a bounty, and the drug-crazed junkies struggling to feed their habits.
Reviews from Goodreads.com