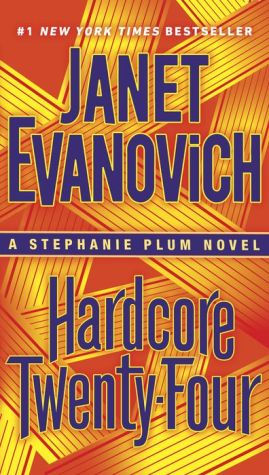 Stephanie Plum returns in her twenty-forth thriller as mutilated corpses litter the streets of New Jersey...

Trouble comes in bunches for Stephanie Plum. First, professional grave robber and semi-professional loon, Simon Diggery, won't let her take him in until she agrees to care for his boa constrictor, Ethel. Stephanie's main qualification for babysitting an extremely large snake is that she owns a stun gun -- whether that's for use on the wandering serpent or the petrified neighbors remains to be seen.

Events take a dark turn when headless bodies start appearing across town. At first, it's just corpses from a funeral home and the morgue that have had the heads removed. But when a homeless man is murdered and dumped behind a church Stephanie knows that she's the only one with a prayer of catching this killer.

If all that's not enough, Diesel's back in town. The 6-foot-tall, blonde-haired hunk is a man who accepts no limits -- that includes locked doors, closed windows and underwear. Trenton's hottest cop, Joe Morelli isn't pleased at this unexpected arrival nor is Ranger, the high-powered security consultant who has his own plans for Stephanie.

As usual Jersey's favorite bounty hunter is stuck in the middle with more questions than answers. What's the deal with Grandma Mazur's latest online paramour? Who is behind the startling epidemic of mutilated corpses? And is the enigmatic Diesel's sudden appearance a coincidence or the cause of recent deadly events?
Reviews from Goodreads.com

3.5★s
Hardcore Twenty-four is the twenty-fourth full-length novel in the popular Stephanie Plum series by American author, Janet Evanovich. A spate of headless bodies is keeping Trenton’s police busy, in particular Joe Morelli, current boyfriend of bounty hunter Stephanie Plum. Many apparently lose their heads in funeral parlours, although one victim near a dumpster kept his head but lost his brain. And when the heads begin turning up minus brains, Stephanie’s colleague Lula is convinced that zombies are to blame. After all, didn't their last skip, grave robber Simon Diggery say he was sure he'd opened a zombie portal in the Morley Street cemetery?

As Stephanie tracks down her FTAs, things keep happening to make the zombie explanation look more and more likely, except that zombies don't exist, do they? And then Diesel turns up, always a sign that things are getting weird. Stephanie finds herself looking after Ethel, Diggery’s boa constrictor, when he goes to jail. On top of that, Grandma Mazur has a new man, this one found on the internet and living in Florida.

Not content with having Stephanie eternally vacillate between Morelli and Ranger, Evanovich decides to throw into the mix the mysterious Diesel (from the In-Betweens), having him suddenly appear in her apartment and in her bed. Lula, as always, entertains with her money-making schemes, and Stephanie manages to destroy or otherwise render unusable, three vehicles (not all her fault), one via an exploding groundhog. Always entertaining. 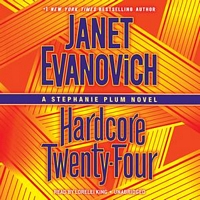 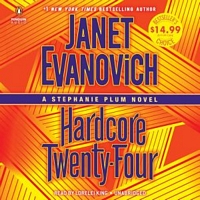