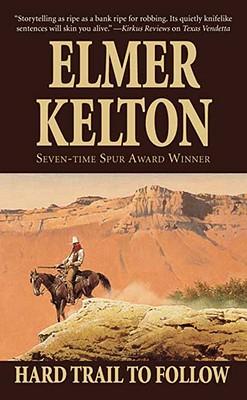 In this, the seventh novel in Kelton's acclaimed Texas Ranger series, former Texas Ranger Andy Pickard ("Badger Boy" as he was known as a youth living among Comanches), leaves his fiancee's farm in north central Texas. He begins to track the man, Luther Cordell, who he believes killed his friend, Sheriff Tom Blessing. Pickard is mistaken. But although Cordell did not kill Blessing, the robber-ringleader must be brought to Ranger justice and the rest sorted out later.
Reviews from Goodreads.com