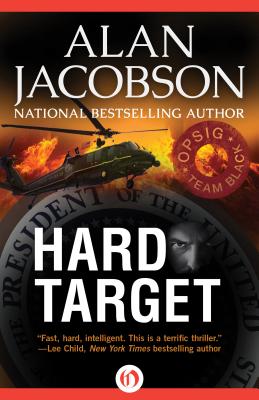 An enigmatic covert operative. A skilled FBI agent with a dark past. And a terror plot unlike any in history... An explosion pulverizes the president-elect's helicopter on Election Night. It soon becomes clear that the group behind the assassination possesses far greater reach than anything the FBI's Joint Terrorism Task Force has yet encountered-and a plot so deeply interwoven in the country's fabric that it threatens to upend America's political system. But as Department of Defense covert operative Hector DeSantos and FBI Agent Aaron "Uzi" Uziel sort out who is behind the bombings, Uzi's personal demons not only jeopardize the investigation but may sit at the heart of a tangle of lies that threaten to trigger an international terrorist attack. Hailed by political thriller master Vince Flynn as "a smart, complex novel that explodes from the page," and by Lee Child as "a great thriller" that's "fast, hard, and intelligent," Hard Target is a ticking time bomb that keeps you clinging to the edge of your seat...and turning the pages. Note: Hard Target also features Jacobson's famed FBI Profiler, Karen Vail, in a key role affecting national security.
Reviews from Goodreads.com