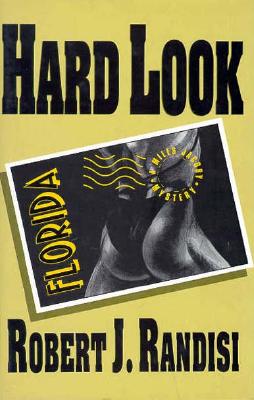 Share:
There's a song extolling the pleasures of autumn in New York, but for Miles Jacoby, a private investigator who spends too much of his time on the Big Apple's streets, the opportunity to go to Florida in October has certain charms. Not the least of them is the job he's agreed to take on: find the woman whose well-formed physique -- seen only from the back -- graces a picture postcard. Jerry Meyer claims the woman is his wife and has offered Jacoby more than enough money to make a trip to Tampa worthwhile. Anyway, the Mets hadn't made the playoffs, so there was nothing to keep him in town. There are, however, some people who would rather he didn't go to Florida - like the man in the leather jacket who keeps popping up . . . until there's no more pop in him. And the photographer who took the picture of Sandra Meyer. And the folks down at the gym where Sandra may have developed her hard look. And the local cops. (Except for one young woman . . . ).

From Magadan's Sports Cafe to Busch Gardens, from the gyms to the photographers' studios, and from New York to Tampa, people are keeping track of Jacoby's movements as he begins to unravel the tangled skein of leads and the little bit of hard evidence he uncovers. Then he makes the connection, the last little piece falls into place, and a simple missing persons case threatens to hit Florida with all the force of a deadly hurricane. Suddenly, autumn in New York and paying attention to the bar he owns there seems like a very nice option to Jacoby. The problem is, someone's taking a hard look at him and it's much too late to catch a flight home.