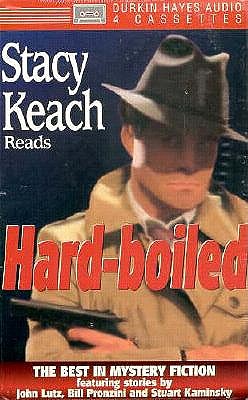 Sit back and spend some time with some of North America's favorite mystery writers. Their heroes have caught more criminals â€" and imaginations â€" than any other gumshoes in recent American fiction. John Lutz has twice won the Private Eye Writers of America Shamus Award as well as the Mystery Writers of America Edgar Award.
Bill Pronzini is the recipient of the Private Eye Writers of America Grand Master, Shamus and Best Novel Awards.
Stuart Kampinsky, a winner of the Edgar Award for Best Novel from Mystery Writers of America, is author of the Toby Peters, Porfiry Rostnikow and Abe Lieberman novels.
Stories include:
Skeleton Rattle Your Mouldy Leg, Cat's Paw, Cain's Mark, Strangers in the Fog by Bill Pronzini
Tough, High Stakes, The Real Shape of the Coast by John Lutz
The Man Who Shot Lewis, Vance, Better Lemon by Stuart Kaminsky