Happy Ever After — Dorothy Rivers 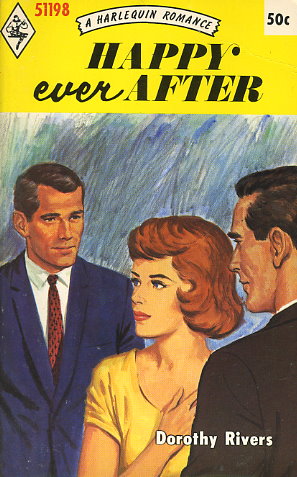 When Julie Grist, widowed two years before, moved to the Highlands for the sake of her little son's health, her cousin Jay went with her -- though it meant giving up not only an interesting job but also her chance of being near the man she loved. The cafe they opened was a great success, but Jay's heart was in the south with Geoffrey, and Julie found herself in love with the local doctor, who was not free to marry her.

Both girls had something to endure before the time came when they could look forward to being "happy ever after.
Reviews from Goodreads.com