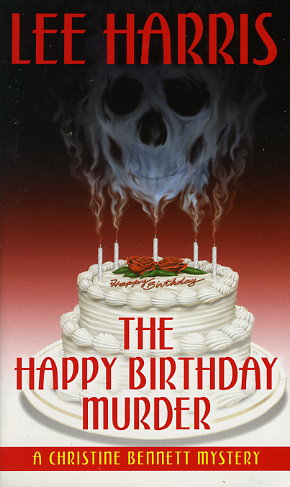 IT'S PARTY TIME FOR A KILLER

Suburban sleuth Christine Bennett is moved and intrigued by two poignant mementos treasured by her late Aunt May. The first is a sad little note mourning the death of a young man lost in a Connecticut wood; the other, an obituary honoring a wealthy local manufacturer who committed suicide just after his splendid fiftieth birthday celebration.

Why did her aunt never mention these virtually simultaneous tragedies? Chris's investigative instincts are irresistibly whetted--especially by the bizarre discovery that the victims, though strangers, were found wearing each other's sneakers. And as she slices through the layers of the past, she uncovers the horrible truth that murder was just the icing on the cake... .
Reviews from Goodreads.com