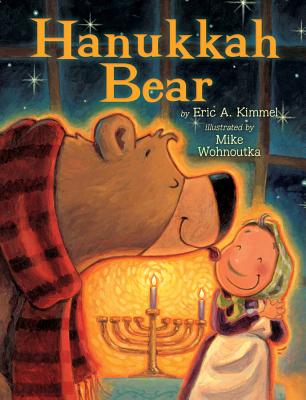 A bear wakes to a wonderful smell that leads him to the house of Bubba Brayna. Bubba Brayna makes the best latkes in the village, but at ninety-seven, she doesn't hear or see well. When the bear arrives at her door, she believes he is her rabbi.

Bubba Brayna and the bear light the menorah, play the dreidel game, and eat all the latkes. The mix-up is revealed, Bubba Brayna has a laugh about it, and everyone works together to make more latkes.

The Chanukkah Guest by Eric A. Kimmel (Holiday House, 1990, o.p.) now has a new title, a shorter text, new illustrations. 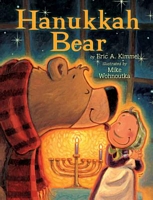 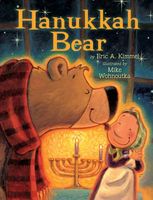 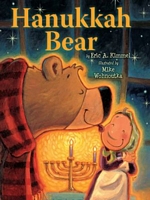 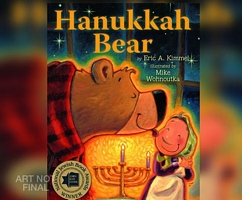