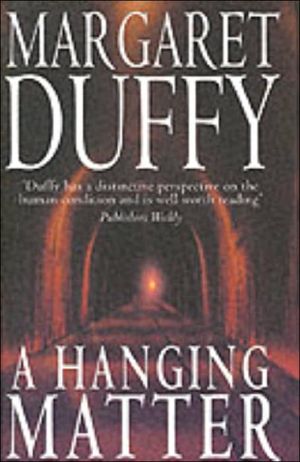 With work on a new novel beginning to take shape, thriving children and a contented outlook on life, Ingrid Langley feels rather pleased with herself. Admittedly her husband, Patrick Gillard, has been complaining of boredom recently, but then he's always been one for mercurial moods and to be honest, Ingrid is relieved not to have the pressure and uncertainty of his previous career with MI5 on her mind. An uneventful life is just fine by her.
But it's not destined to stay that way for long. Without the protection of his former employers, Patrick is arrested in connection with the death of a senior officer in the anti-terrorist branch - an incident that had occurred several years previously. Unable to swim, when his boat had overturned on a remote Scottish loch the man had drowned. The evidence connecting Gillard to the case is quite damning, and even he cannot swear to his wife that he is entirely without guilt. Under arrest and on trial for murder, with his health deteriorating, the outcome looks grim. But when an old friend turns up looking for Patrick he brings with him some vital, and puzzling, evidence.
The trail to clear her husband's name leads Ingrid back to places she thought she would never have to visit again as events hurtle towards an explosive conclusion.