Hands Off My Crush-Boy! — Lisa Banim 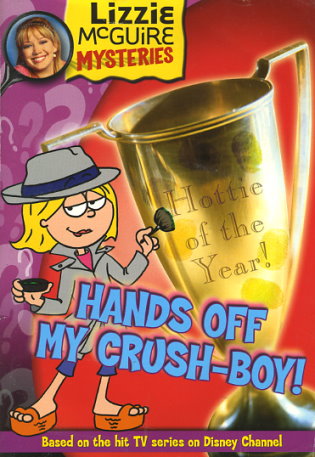 “Ethan Craft, lots of cute guys, and a bizarro mystery? I'm there!”

And the winner is...?
Lizzie has signed on for some truly grueling undercover work. Her crush-boy, Ethan Craft, is in major trouble at the Mr. Teen Hottie pageant. Someone is trying to wreck his chances of winning! To ferret out the fink, Lizzie poses as Ethan's groupie. It's a tough job but somebody's gotta do it. (Added bonus: it'll seriously annoy Kate Sanders!) Is the culprit on Lizzie's list? Or are other suspects waiting in the wings? There's a lot at stake if Lizzie doesn't solve this case fast: Ethan's safety and -- oh, yeah -- world peace!

Lizzie's List of Suspects
--Reigning hottie Ryan Rondale, Ethan's top rival for the crown. (Could be...)
--Madison Schwartz, the girl who will do ANYTHING to get Ethan's attention. (Sounds familiar!)
--Amanda Littlefield, the pushy talent scout serving as Ethan's coach and manager (Hmmm...)
--Grant Castle, a hottie competitor with a nice-guy act and a motive for mischief. (Uh-oh!)