Hands of the Ripper — Guy Adams 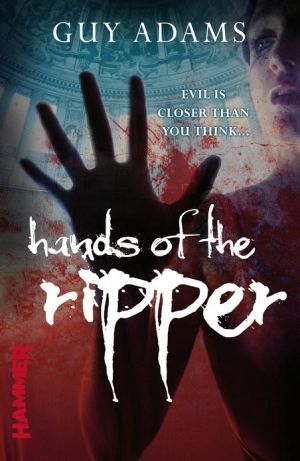 A new, modern-day novelization of the classic Hammer film, "Hands of the Ripper"--a deeply unsettling tale of manipulation and terror!

"He is raising the poker again and Anna bites her lower lip so hard she chokes a little in the blood that runs down her throat . . . "

On a cold, wet night, recently widowed psychology lecturer John Pritchard visits spiritualist Aida Golding with his son. Although he is wary, something has driven him here, and once there he finds himself drawn to a troubled young woman who is trying to contact her child. Something about her intrigues him and despite his doubts he continues to attend meetings. One night at an intimate seance in Aida's house the lights go out and one of the group is brutally murdered. John has his suspicions, but he can't prove anything. He senses that Aida has some hold over the girl and he offers her a place of refuge in his home. But the past haunts Anna in the most chilling of ways, and all too soon John realizes he's made a terrible mistake.