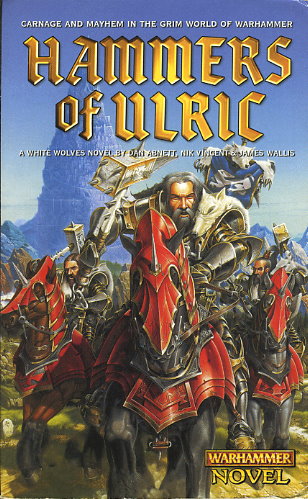 ARIC RODE forward across the corpse-strewn ground and helped Gruber to his feet. The older warrior was speckled with blood, but alive.

'See to von Glick and watch the standard. Give me your horse,' Gruber said to Aric.

Aric dismounted and returned to the banner of Vess as Gruber galloped back into the brutal fray.

Von Glick lay next to the standard, which was still stuck upright in the bloody earth. The lifeless bodies of almost a dozen beastmen lay around him.

IN THE SAVAGE world of Warhammer, dark powers gather around the ancient mountain-top city of Middenheim, the City of the White Wolf. Only the noble Templar Knights of Ulric and a few unlikely allies stand to defend her against the insidious servants of Death.
Reviews from Goodreads.com