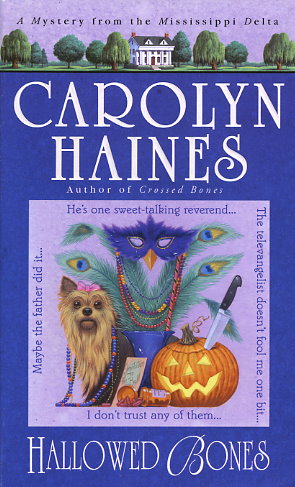 A CASE OF MIRACLES, MAYHEM, AND MURDER

Doreen Mallory is beautiful, mysterious -- and claims to have the gift of healing. But why couldn't she save her own daughter, who died mysteriously at ten weeks? Convinced of Doreen's guilt, local law is asking the same question -- and it'll take a modern-day miracle for P.I. Sarah Booth Delaney to prove her innocence. Especially when Doreen refuses to talk about the men in her life. Like the shady televangelist... or the married politician with ties to the Mob. Either of them could be little Rebekah's father; either of them could also be her killer.

With Halloween approaching and her own personal life up for grabs, Sarah Booth could use a little faith healing herself. And she'd better be prepared for the fallout of her most unpopular case yet -- especially when a decades-old secret explodes, unleashing a storm of fury on Sarah Booth and all those she loves.