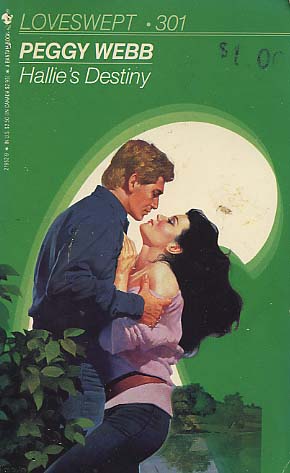 Hallie Donovan was a gypsy angel, a rodeo queen with a heart as big as Texas, and no woman was more delectable--or lethal--to Josh Butler! He'd seen what havoc bewitching women could wreak in a man's life, but Hallie was danger worth courting... and he thought himself just heartless enough to take what she offered-especially when she promised she wasn't the falling-in-love kind. When Josh raked her with-his sexy golden eyes and took her captive on a carpet of flowers, Hallie felt a miraculous joy bubble up from deep inside, but would the price of becoming his magnificent obsession be betrayal? She drew him to her in rituals as old as time, welcoming him as the rain nourishes the earth, but she insisted that lovers couldn't have boundaries, and still he wouldn't ease his pain by sharing it with her. Josh believed that love disappeared at the first sign of trouble. Could she prove shed never leave while his heart wore her brand?
Reviews from Goodreads.com