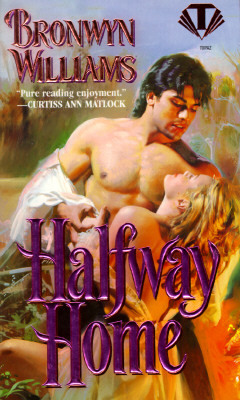 Becoming one of Virginia's wealthiest women after unexpectedly inheriting a fortune, formerly impoverished Sara Young must protect herself from a lecherous stepbrother by marrying his most hated enemy.

After coming into an unexpected inheritance, Sara is desperate to flee her greedy step-brother. To that end she mails a proposal to a traveling peddler who has shyly courted her, arranging to meet him at Halfway House. Located on the border between North Carolina and Virginia, the hotel is known for quick marriages, duels, and as a refuge for criminals from both states.

Grieving the tragic death of his young sister, Jericho sells his ship and comes to the dueling grounds, determined to bring her murderer to justice. There, surrounded by a wildly divergent cast of characters, Sara and Jericho are brought together as each of their stories plays out.
Reviews from Goodreads.com

An unforgettable story of passion, greed and revenge from the author of Slow Surrender. A lovely young woman fleeing her stepbrother's plans for stealing her inheritance looks for salvation and love in the strong arms of a stranger. But this stranger has a dark mission of his own, an intention for bloody revenge against the stepbrother that will bring them both to the brink of terrible danger.