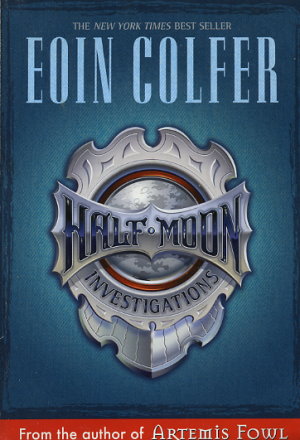 Fletcher Moon has never been like other kids. For one thing, he has had to suffer the humiliating nickname "Half Moon" because of his short stature. But the real reason Fletcher is different is that ever since he was a baby, he's had a nose for sniffing out mysteries. And after graduating at the top of his Internet class, he is officially certified as the youngest detective in the world. He even has a silver-plated detective's badge to prove it. Everything is going along fine until two things happen: a classmate hires him to solve a crime, and his prized badge is stolen. All signs point to the town's most notorious crime family, the Sharkeys.

As Fletcher follows the clues, evidence of a conspiracy begins to emerge. But before he can crack the case, Fletcher finds himself framed for a serious crime. To clear his name, he will have to pair up with the unlikeliest of allies and go on the run from the authorities. Fletcher has twelve hours to find the guilty party -- or he is the guilty party.
Reviews from Goodreads.com 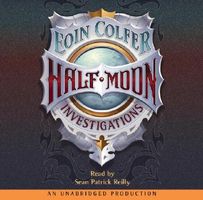