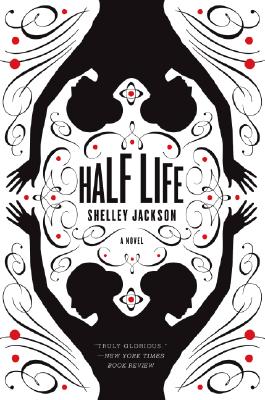 A brilliant, disquieting first novel about a pair of conjoined twins who are deeply unhappy in each other's company. Nora, the dominant twin, is strong, funny, and deeply independent, thirsting for love and adventure. Blanche, by contrast, has been sleeping for nearly twenty years. Finally sick of carrying her sister's dead weight, Nora decides she wants her other half gone for good, so she leaves San Francisco for London in search of the mysterious Unity Foundation, which promises to make two one. And that one, of course, will be Nora -- Blanche will be mourned, but not missed.

But once Nora arrives in London, her past begins to surface in surprising and disturbing ways, forcing her into a most reluctant voyage into memory. Something seems to be drawing Nora's thoughts back to the site of her rather unusual conception, birth, and childhood -- the reconstructed ghost town of Too Bad, Nevada, where lizards skitter across the playa and "Shootout at Noon" comes every day. Searching for meaning and understanding in both her own and Blanche's past, Nora pushes herself to the brink of insanity -- and begins to question her own, and Blanche's, grip on the truth. Grotesque, funny, intricately wrought, verbally and conceptually dazzling, Shelley Jackson's first novel is an imaginative and touching portrait of two lives in a cleft world yearning for wholeness -- a world not unlike our own.
Reviews from Goodreads.com