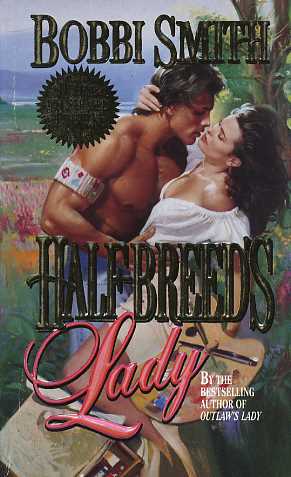 To artist Glynna Williams, Texas was a land of wild beauty, carved by God's hand, untouched as yet by man's. And the most exciting part of it was the fierce, bare-chested half-breed who saved her from a rampaging longhorn bull. Just as the untamed wilderness called to the painter in her, Hunt's mesmerizing eyes touched the woman in her.

As she spent the days sketching his magnificent body, she dreamed of spending the nights in his strong arms. Glynna knew the paintings she'd done of his Comanche people would guarantee her success as a Western artist, but would she ever succeed in capturing Hunt's wary heart? He'd been trapped and wounded before by a white woman. Now only the gentle bonds of love could make Glynna the . . .HALF-BREED'S LADY
Reviews from Goodreads.com